The Lipman Family Prize rewards both nonprofits and Wharton students committed to making the world a better place.

Barry Lipman, W’70, co-founder of the Bay Area law firm Goldfarb and Lipman, says his love of service started when he joined the board of his children’s school in the early 1990s: “I liked the concept of people coming together and acting for the good of an institution. That’s how I got the bug for the nonprofit world.”

Barry and his wife, Marie, had begun to get more involved in a number of local and national causes, and he wanted to branch out. “I thought, ‘Supporting all these organizations has been for my benefit.’ I wanted to give something to organizations from which I couldn’t gain anything other than personal satisfaction,” he says. “But I didn’t know how I was going to do that.”

The Lipmans had attended events hosted by the Goldman Environmental Prize, an esteemed global program based in San Francisco that focuses on supporting environmentalist leaders. That inspired Barry to think about creating an award program of his own: a modern approach to philanthropy that would support innovative nonprofit organizations and inspire the next generation of young people to enter into the social impact sector.

This was the start of the Barry and Marie Lipman Family Prize at the University of Pennsylvania, which celebrates its 10-year anniversary this spring.

Barry was grappling with how to go about building a new prize program but knew that he wouldn’t be able to do it alone. At the time, his daughter, Elyse Lipman C09 WG15, was about to graduate from Penn with her undergraduate degree, which reignited a connection to his alma mater. In spring 2010, Barry reached out to John Zeller, the senior vice president of development and alumni relations, who introduced Barry to Thomas Robertson, the former dean of the Wharton School.

“Dean Robertson spoke about Wharton being the best business school ‘in the world, for the world,’” says Umi Howard, the former director of the Lipman Family Prize and current senior director of the McNulty Leadership Program. “I think the School accepting the challenge of doing this prize came from that desire to see Wharton interact increasingly with the outside world in a positive way, in this case through philanthropy.”

By Christmas 2010, the Lipman family had an agreement with Wharton, and their $6.5 million gift made the prize official. The prize would recognize outstanding nonprofit organizations that were working to create sustainable solutions to global challenges and had a proven-effective service model and capacity for growth. There would be three honorees each year, with the winning organization receiving $100,000 and the two runners-up earning access to tuition-free courses through Wharton Executive Education and the Center for Social Impact Strategy, as well as opportunities for ongoing relationships with Penn and Wharton faculty, researchers, and graduate fellows.

The prize’s interdisciplinary steering committee also established a student fellowship to allow graduate students from across Penn’s 12 schools to learn about the social sector through the philanthropic process. These Lipman Fellows would gain leadership skills and support the selection of honorees based on four key criteria: leadership, innovation, impact, and transferability.

In order to be eligible for the prize, organizations have to demonstrate their ability to gain true support from the communities they serve. That’s why the founder’s vision, the team doing the work on the ground, and the design of the organizational model are all taken into consideration.

Meeting the needs of a specific community requires a deep understanding of historical, cultural, political, and logistical factors. Steering committee member Elyse Lipman describes what she looks for in potential honorees: “We often think of innovation as it relates to new technology, but innovation can also be a mind-set. Social issues are complicated and have many layers, and so to me, innovation is more about continually creating new ways for people to help each other.”

Nimesh Modak, WG’15, who now works on an accelerator program with Imagine H20 Asia, learned this firsthand while serving as a Lipman Fellow in 2012–13. “The organizations that rose to the top during our Lipman evaluations were ones that showed a deeper understanding of their target customers or beneficiaries,” he says. “You got the sense that they had spent a considerable amount of time with their customers and understood the broader operating environment.”

Katie Fackler, G’16, WG’16 expanded upon this idea. “One thing I learned from my time as a Lipman Fellow is the importance of investing in local communities that have the answers to solve their own problems,” she says. Fackler says she applies this insight to the work she does now in impact investing at a private multi-family office.

What makes the Lipman Prize unique is its focus on rewarding nonprofits that think about how solutions can be applied both specifically and broadly. Barry says organizations are judged based on the potential of their business models to transfer across geography, sector, and/or need, thus contributing valuable knowledge to advancing the social impact field as a whole.

The first-ever Lipman Prize winner, iDE, is a good example of scaling impact. The nonprofit addressed the problem of clean water and sanitation in rural Cambodia and later expanded into other parts of Asia, Africa, and Latin America, to assist other poor communities facing the same issue.

Looking Toward the Future

It’s been nearly a decade since the first Lipman Prize was awarded in 2012. Since then, the value of the awards has increased to $250,000 for the winning organization and $100,000 for each of the two additional honorees. Lipman Family Prize director Euria Min says 30 organizations have been named as honorees, serving populations in more than 100 countries and addressing 16 of the 17 “Sustainable Development Goals” listed by the United Nations.

In total, the Lipman Family Prize has given out $3.3 million to date. This includes two additional quarter-million dollar awards through the Beacon Awards, established in 2020 to provide continued support for past Lipman Prize winners. The prize has also given 124 student fellows from across 10 different schools at the university an interdisciplinary learning community and the opportunity to grow as leaders and deepen their knowledge of and commitment to the social sector.

Looking back on 10 years of work, Barry says he’s been happy to see the steady growth of the Lipman Family Prize’s reputation in the philanthropic space. He hopes having access to the Penn community and alumni can help spur even more interest in the work these organizations do. “The people I’ve met through Wharton have been amazing and have done great service in terms of promoting positive social impact,” he says. “And on a personal level, it’s been phenomenal.”

Originally Published as “A Decade of Doing Good” in the Spring/Summer 2021 issue of  Wharton Magazine.

Nimesh earned his undergraduate degree from Johns Hopkins University and earned his MBA and MPA in the three-year, dual-degree program offered by Wharton and the Harvard Kennedy School. While at Wharton, Nimesh joined the second cohort of Lipman Fellows in 2012. He built a passion for providing better access to safe water after completing an internship in Ghana with WaterHealth International and serving as an MBA Sustainable Development Intern with Danone.

After graduation, he stayed in the social impact space by joining Imagine H2O, a non-profit organization offering a global business accelerator for startups aimed at creating better solutions for water sanitation and management, where he now serves as the VP of strategy and business development. Nimesh is also the director of Imagine H2O Asia, the group’s Singapore hub, where he works on an accelerator program for water tech startups in Southeast Asia. 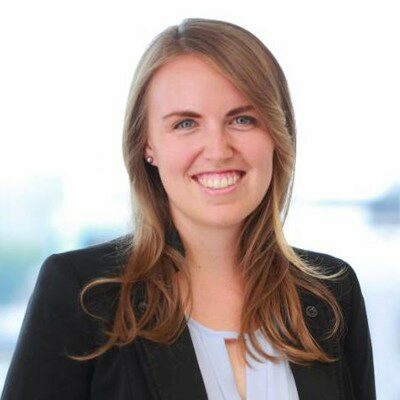 Katie earned her undergraduate degree from Georgetown University with a degree in French and African Studies. Before coming to Wharton, she completed internships with Women for Women International in Washington, D.C., and the World Food Programme in Benin, Côte d’Ivoire, and Mauritania. While at Wharton, Katie served as a Lipman Fellow from 2014-15 and then went on to serve in a Fellows Coordinator role in 2015-16. Katie graduated with her MBA/MA from the Lauder Joint Degree in International Studies Program.