The Penn Women’s Basketball junior is one of the first student athletes to take advantage of a new NIL policy allowing students to profit off of their personal brand.

Kayla is one of the first NCAA athletes to take advantage of the association’s updated “name, image, and likeness” (NIL) policy that allows college students to make money through sponsorships, personal appearances, partnerships and endorsements. The NCAA rule change went into effect on July 1, and in response, Pennsylvania Gov. Tom Wolf signed a similar act into law, allowing athletes at Pennsylvania colleges to earn money from brand deals.

Many athletic departments across the country were caught off guard by the decision, but Kayla was ready.

“Being able to take advantage of these kinds of opportunities had been on my mind for a while, but once July finally hit, I was looking for a way to make the most of the new law without (the partnership) feeling forced,” she said.

So, the Penn Women’s basketball point guard went back to her roots. Kayla partnered with her longtime trainer, Jared Lloyd, co-founder of Home Court Edge Basketball based in the Los Angeles area, to develop a logo and t-shirt for the training program’s HCExKP merchandise collection.

“I’ve been training with Home Court Edge since the fourth grade, and I have a great relationship with Jared and the whole team there,” Kayla said. “They came to me about the idea of collaborating on a design for a t-shirt, and I thought it was a great opportunity to introduce something of my own.”

Home Court Edge allowed her to lead the design process. She decided to incorporate elements from the flag of the Philippines, a nod to her family and her heritage.

“My Filipino roots are something that’s very important to me, and I wanted to showcase that. A lot of my supporters are Filipino and basketball is popular in my culture. For me, being Filipino means valuing hard work and family, and so I thought there was no better way for people to see who I am than by representing my community,” Kayla said.

The 19-year-old student approaches the many interests and projects she pursues with this same energy and passion.

In addition to returning to the Palestra as co-captain this upcoming season, Kayla is studying finance and management at Wharton. She also serves on the Student Advisory Board for SNF Paideia Program at Penn, writes for the School’s Undergraduate Sports Business Journal and is on the marketing committee for Wharton’s Undergraduate Sports Business Club.

Student groups are one thing, but starting a business when the business is yourself is another. Thankfully, Kayla had support from the University.

Under state law, school officials and staff can’t act as agents for students in arranging endorsement deals, but the University can educate student athletes about NIL laws, ensure they understand what their responsibilities are, and provide information, in a general sense, on how students can best navigate these third-party negotiations.

“The Compliance Office collaborated with staff from Penn Athletics, the Center for Student Athlete Success, and the University’s General Counsel to start exploring how we wanted our educational program to go,” said Rachel Kuperinsky, Assistant AD in the Penn Compliance Office. “We felt that our role was to give our student athletes the tools to succeed.”

Staff on The Penn NIL Committee put together a slate of educational programs integrated into the existing Quaker Qualified program developed by the Pottruck Center for Student-Athlete Success (CSAS) to help Penn athletes understand NIL requirements. For example, the school partnered with a third party company to allow students to disclose all branded opportunities — a legal requirement — through an app, where they can also access educational modules.

Kuperinsky said during the first week of classes in September, every student athlete attended an eligibility meeting with the University’s compliance team.

“In this meeting, we homed in on Penn’s policy when it comes to ‘NIL,’ or what we’re calling ‘PENN-IL.’ We provided the policy to the students a few times over the summer, but during these meetings, we taught them what the need-to-know’s are,” she added.

They held another session specific to international students, and one session with Brandon Copeland, an alum who plays professional football for the New England Patriots. In addition, Kuperinsky and her colleagues are partnering with the Venture Lab and Penn Law to host sessions that cover entrepreneurship and financial literacy, since the compensation students receive is subject to taxes.

“One of the biggest things we’re seeing is that our students just don’t know where to start. So we’re hoping these sessions can help our students get organized,” Kuperinsky said.

Kayla said these sessions, in addition to her marketing classes as part of Wharton’s management program, inspired her to think bigger about her personal brand, and about the passion project she started in April 2020 called The Sideline Post, a media platform written for and run by college athletes.

Stepping Off of the Sideline

Kayla said she was inspired to start her own website by reading The Players’ Tribune, a new media company that publishes first-person articles from professional athletes, founded by former Yankees Shortstop and Miami Marlins CEO Derek Jeter.

“I’m a huge fan of The Players’ Tribune. It’s the platform where Kobe Bryant announced his retirement and it’s a really cool space where you can see a different side of your favorite professional athletes, and hear from them outside of the stats you see on ESPN or the highlights you see on Instagram,” Kayla said. “But there was nothing like it for college students, especially for athletes who play for Division 2 or Division 3 schools.” 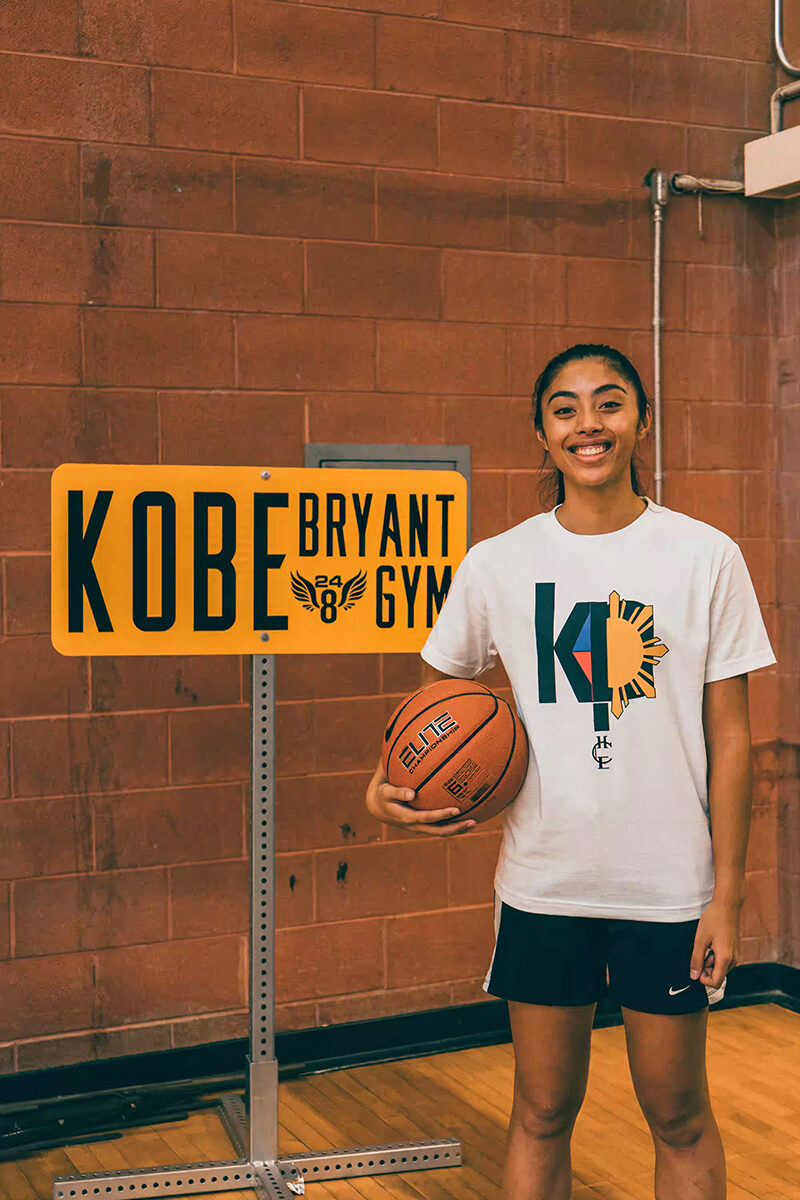 She created The Sideline Post to offer a space for student athletes, like her, to write about their experiences, and share their feelings on how sports intersects with the social, cultural, and political conversations happening in the national zeitgeist. Since its launch, The Sideline Post has featured stories about mental health, racism, converting to another religion, eating disorders, the search for identity, culture shock, the Black Lives Matter movement, and grieving the death of a loved one.

Kayla said perspectives from student athletes are important because they showcase struggles spectators and fans don’t always get to see.

“As student athletes, there are commitments we’ve chosen to make and sacrifices that come with those commitments. When you look at college athletes, though, maybe it doesn’t hit you that they’re real people who go through the same problems as everybody else,” she said.

As the founder and Editor-in-Chief, she’s already expanded The Sideline Post to feature branded partnerships of its own, and she’s thinking seriously about how to further monetize the platform’s original content and amplify the voices of student athletes from schools outside of the Big Ten. Kayla hopes the same can happen with new NIL policies.

“NIL policies should be able to serve every student athlete in some capacity, no matter what school they go to. I’m really hoping for an equal opportunity across the board,” she said. “We all work hard and we all deserve to be able to create something for ourselves that has the potential to change our lives and the lives of the people in our communities.” 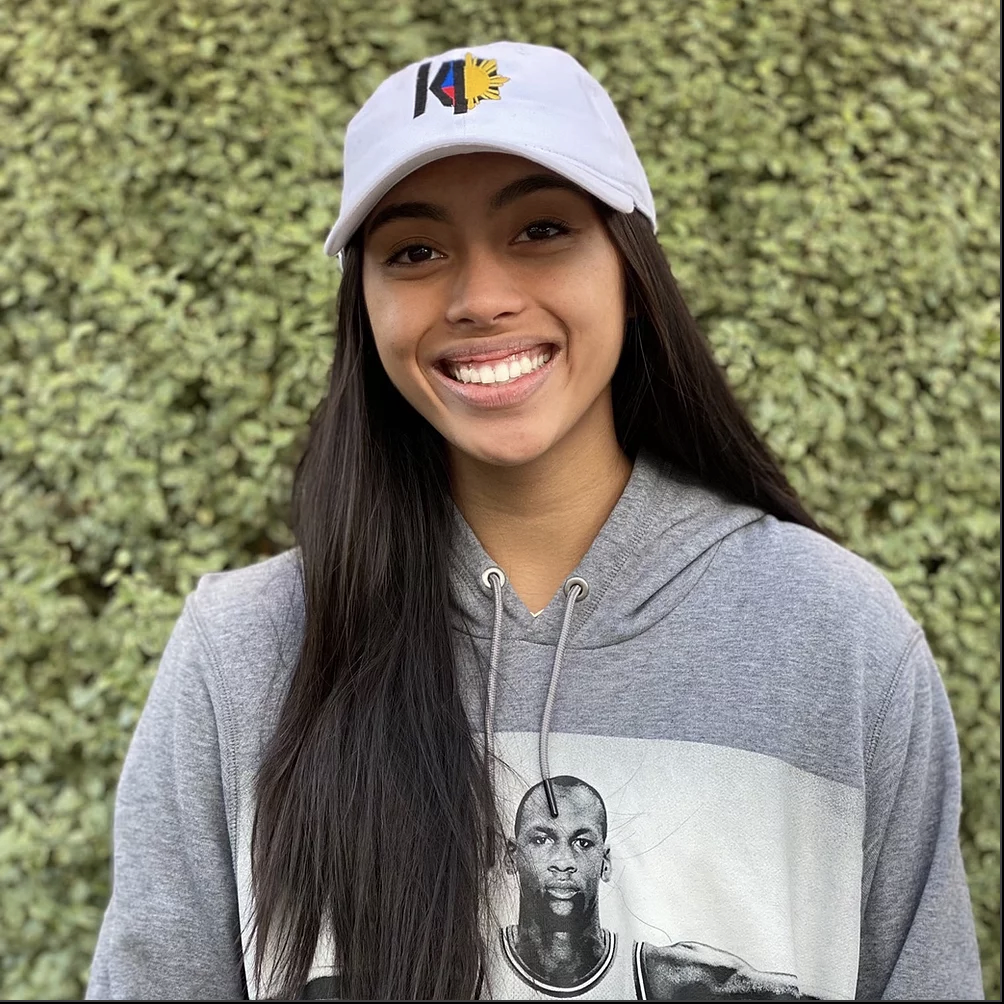 How did you first start playing basketball? 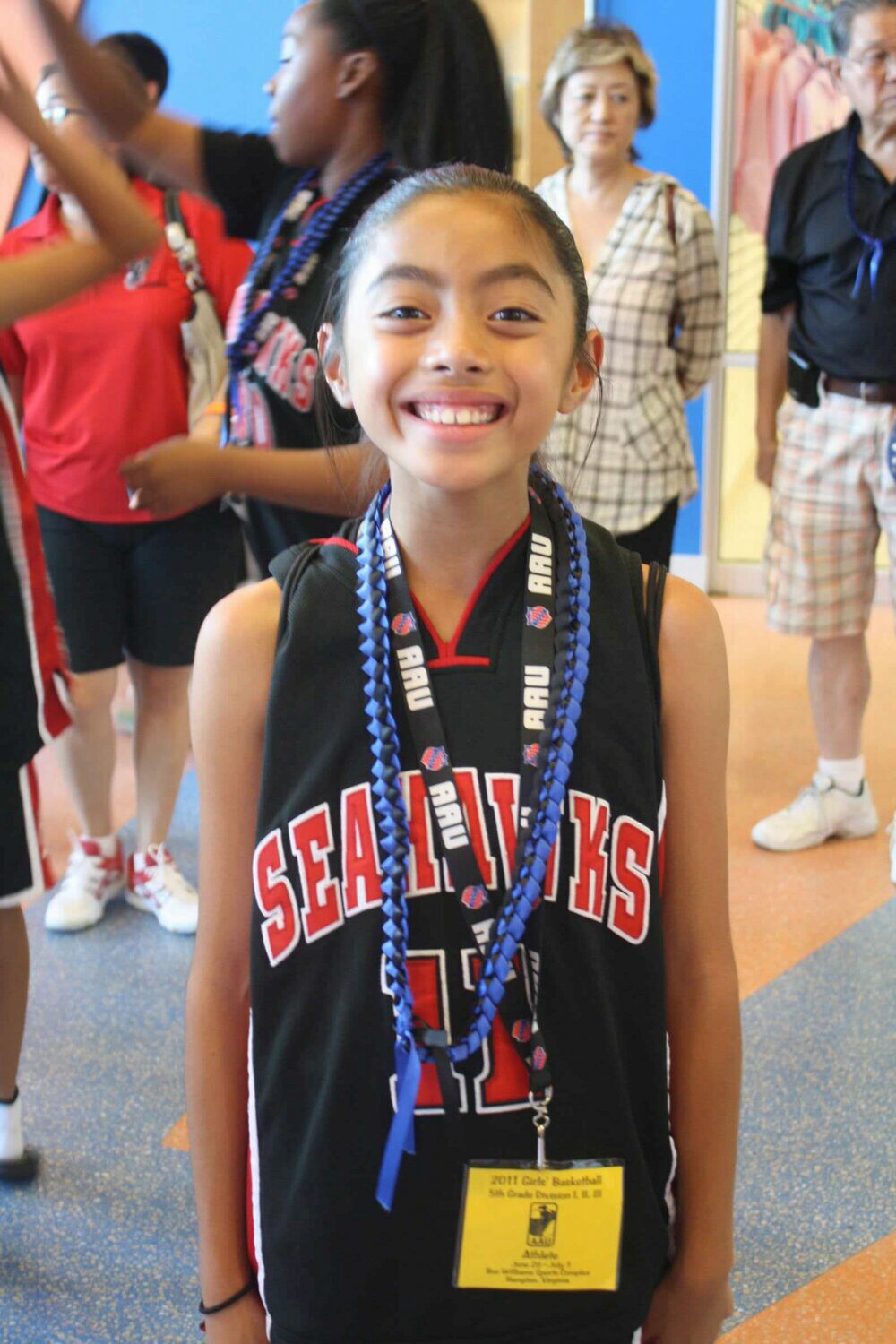 “I’m from LA and I grew up during a time where Kobe and Shaq were at their peak. I was born into really loving the sport because my parents both love basketball. My dad played a little bit, recreationally, and my mom has always been a fan. It was a really good time for basketball and that’s what piqued my interest. At first, it started out as something to do for fun and for the snacks after games. Around the fourth grade, I fell in love with basketball and wanted to keep playing. In high school, I got more serious and got involved in the recruiting process. I’m so happy to have landed at Penn.”

How would you describe your experience with the Quakers so far? 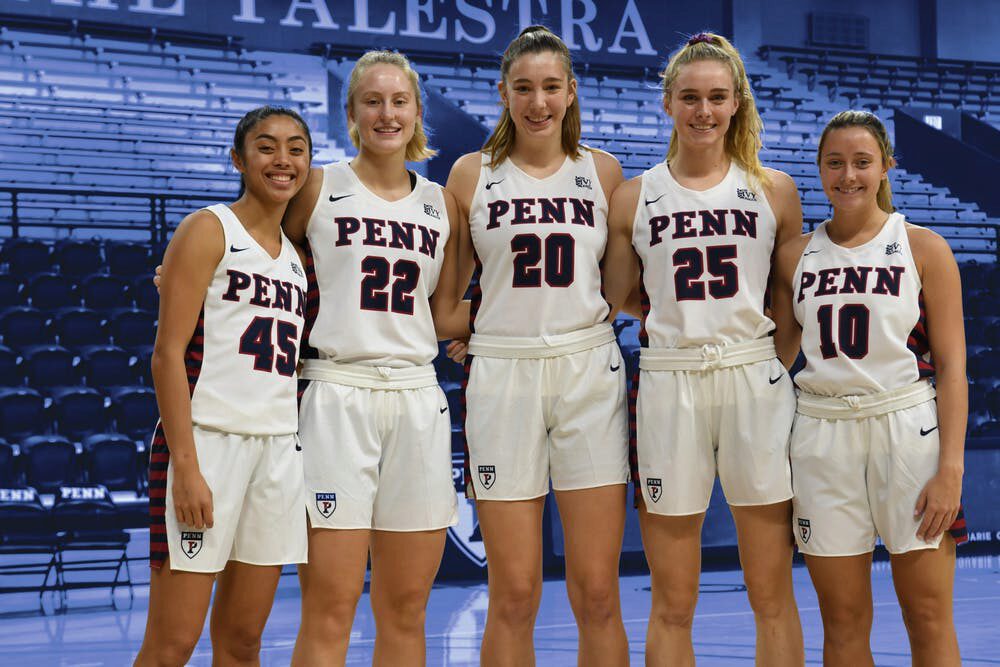 “I was really fortunate to have the opportunity to fill a gap in what the team was missing when I came to Penn. The coaching staff has really trusted me to play my own game and I was given a lot of freedom, especially as a freshman, to be comfortable out there and to be given the time to show them what I’m capable of. So, I feel really lucky.”

How has your Wharton education helped you with your partnerships?

“It’s helped in terms of figuring out how I want to represent myself. This is a big topic in the marketing class and in the entrepreneurship classes I’m taking. I’m learning to look through the lens of how you want to put your best foot forward when selling a product or a company. It’s helped me put myself in the consumers’ shoes….I’ve been surprised how quickly what I’m learning is translating into my life outside of school.”

Other Things to Check Out

Read Kayla’s story on The Sideline Post where she writes about finding her identity, representing her community, her love of 70s music, and moving to Philadelphia.